THERE’S no doubt in my mind about the, erm, hottest story in science this week – although I have already given up hope of ever properly understanding it. Researchers at the Max Planck Institute of Quantum Optics in Garching, Germany, reported that they had cooled gas atoms to a temperature below absolute zero.

In case you’re checking, the time is currently January. Not even close to April.

Sub-zero Kelvin temperatures are of course the stuff of science fiction, of negative energies and dark matter and antigravity and perpetual motion. Yet it turns out, if this research is to be believed, to be even weirder than that.

In the Max Planck labs, the scientists cooled about 100,000 atoms to just a few billionths of a Kelvin, then trapped them in an optical lattice of lasers. A high vacuum insulates them from incoming heat energy, and the lattice controls kinetic energy below an upper limit. Because temperature relates to total energy, including interaction and potential energy, the physicists were able to take the atoms to the upper boundary of total energy and thus ‘realise’ a negative temperature – a few billionths below zero K.

In doing so they opened a Pandora’s box containing both Schroedinger’s cat and Alice’s looking-glass, along with a whole heap of absurd consequences.

These sub-zero gas atoms exert a negative pressure, and attract each other, yet they do not collapse in on themselves as dark energy would be expected to. This sort of behaviour means that combustion engines with thermodynamic efficiency over 100 percent are possible – which in turn means that all those perpetual motion machines that have amused us over the years are not necessarily as hopeless as we thought. As long as they can be fuelled by negative-K gas atoms.

This is only the start. Take a deep breath and sit down: according to researcher Ulrich Schneider, the gas his team took below absolute zero “is not colder than zero Kelvin. It is even hotter than at any positive temperature”. He clarified this conundrum by explaining that a sub-zero K temperature is in fact hotter than infinity degrees. It is, simultaneously, less than nothing and more than everything.

The researchers explain this paradox by acknowledging it “may sound strange that a negative absolute temperature is hotter than a positive one [but] this is simply a consequence of the historic definition of absolute temperature, however; if it were defined differently, this apparent contradiction would not exist”.

Those with more malleable brains than mine may find enlightenment from the original source material, here: http://www.mpg.de/6776082/negative_absolute_temperature

I’ll be interested to learn how the definition of ‘absolute’ can be changed to accommodate this new paradigm. Meanwhile in other news, black is really white, up is really down, and the Pope is actually an atheist. Don’t even get me started on those bears and their arboreal ablutions. 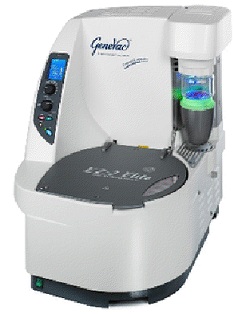 A NEW approach to gas/liquid reactions has resulted in a protocol to reproducibly perform carbonylation chemistry under continuous flow through conditions. Using a Uniqsis GAM II…

2. Microplate dispenser is ‘world’s most precise’

DISPENSING precise volumes of fluids into microplates can be a critical factor in many laboratory operations, and plenty of manufacturers of lab automation systems take pride in…

MOST commercially-available laboratory data management systems are aimed at larger labs, says Agilent, announcing the launch of OpenLab Data Store with Lab Applications which is…

A CONSTANT concern when imaging live cells in the laboratory is maintaining a survivable environment for the microscopic subjects. Now Okolab has introduced its T Plates to…

THE FIRST commercial shipments of Alvetex Scaffold 96 well plates, which facilitate the growth of cell structures in 3D, were made in mid-December 2012 says Reinnervate. “The pent-up…

INTEGRA has chosen the annual meeting of the Society for Laboratory Automation and Screening (SLAS) to launch its new 384-channel handheld electronic pipette.   Capable of both 96- and…

NEW SOFTWARE to improve the way samples are handled in pathology laboratories is about to be tested in the UK. The new Automated Sample Receipting (ASR) system has been developed…

AMSBIO says there is a growing need for more complete and physiologically predictive cancer invasion models, and so has launched its new 3D Culture 96-Well BME cell invasion assay…