LAUNCHED in response to concern over the potential health and environmental issues of phthalates and Bisphenol A (BPA), Cole-Parmer’s new Masterflex Tygon E-LFL tubing is now available for use with peristaltic pumps. 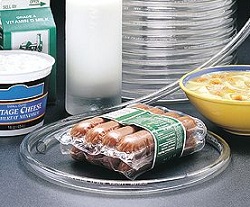 The new formulation replaces Masterflex LFL tubing, which is now discontinued. Ciole-Parmer says the new tube offers similar chemical resistance, purity, and pumping life, and is suitable for use in a variety of biological, pharmaceutical, and chemical processes.

The new formulation is free from di-2-ethylhexyl phthalate (DEHP) and Bisphenol A (BPA), which have been commonly used in plastics production. Both phthalates and BPA are endocrine disruptors, implicated in health issues and of particular concern during pregnancy. They are widely used as plasticisers in the polymer industry.

Being free from DEHP (di(2-ethylhexyl)phthalate) means it is free from leachates that could compromise any liquids, gases, and inorganic chemicals that are transferred using the tubing.

This flexible and clear PVC material has a small bend radius, can be autoclaved, and is suitable for use at temperatures from -50 to 73C.