I’VE NEVER had the experience of going supersonic, but have recently been considering two of the less usual methods of doing so. Given the chance, I’m not sure which I’d have a go at first.

The simple method is that chosen by Austrian adventurer Felix Baumgartner, who had me literally on the edge of my seat when he put himself on the edge of his capsule, itself at the edge of space. I’ve been quietly following progress on the Red Bull project for about three years now, and almost feel like I know the man personally. When the long-range camera showed him tumbling in an uncontrolled manner in the early part of his descent, while travelling at supersonic velocity, I genuinely thought it might all go horribly wrong.

His happy landing was therefore quite a relief – no doubt also to him. With his support crew he has pushed back the boundaries of scientific knowledge, and the fact that it was sponsored by a commercial company and made such compelling viewing does nothing to diminish the value of the achievement.

In contrast, yesterday I had the opportunity to get up close and personal with the Bloodhound SSC supersonic car project. In what must surely be the last great challenge of the century-old quest for the ultimate land speed record, this vast double-engined vehicle will attempt to surpass 1000mph, or about Mach 1.3. On land.

There are many similarities between these two supersonic record bids, both of which are at the cutting edge of science and engineering. One major difference is that the Baumgartner’s freefall record was sponsored commercially, by a soft drinks company, while the Bloodhound is sponsored by a consortium including private companies and universities, but also publicly funded bodies like the Army, Royal Air Force, and EPSRC. In these days of austerity, it isn’t immediately obvious why that should be. 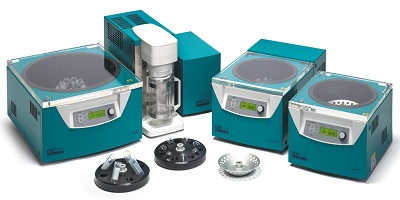 Genevac has announced a new pdf brochure that describes its miVac range of biological sample concentrators and freeze dryers. A detailed introduction is provided for all current products including the miVac Duo, miVac Quattro and miVac DNA sample concentrators plus the miVac SpeedTrap – a compact system that can be used to freeze dry low volumes of aqueous solutions.

For further information and to download the brochure please visit www.miVac.co.uk

2. When should you use radiation resistant lenses?

CONVENTIONAL optical elements like lenses and prisms can suffer from degradation when exposed to high energy radiation, with the glass they are made from gradually turning brown or grey…

THE LAUNCH of the AffirmoEX electron magnetic resonance (EMR) system will regenerate the teaching of EMR in universities and colleges, says Oxford Instruments…

NEW range of sample storage tubes from Micronic have their alphanumeric codes permanently etched by laser for long-term legibility.  Available in 0.5ml, 0.75ml, 1.1ml, and…

5. How to engineer surfaces for specific cell adhesion properties

A NEW mimetic library of extracellular matrices has been launched by Amsbio. Including almost 300 biomimetics of fibronectin, vitronectin, laminin, and collagen, the new extracellular…

EAGER to launch a new cell sorting system for smaller laboratories and those seeking to offer cell sorting to individual researchers, Bio-Rad will launch its S3 cell sorter in January…