A combination of high average power and short pulsewidth are the main features of two new ultrafast fibre lasers from Coherent. 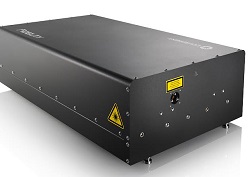 This enables high intensity focusing for applications ranging from optogenetics research to commercial applications including scribing and rapid prototyping.

Coherent says that this, combined with the ‘superior’ beam quality of M2<1.2, gives these lasers significantly higher peak power and focused intensity than competitor.

Fibre lasers offer practical advantages including low maintenance, hands-free reliability, long-term stability, and low cost of ownership, says the company, adding that these Fidelity lasers are the first on the market to combine these advantages with power performance in a package suited for both scientific and industrial applications.