THE EMERGING field of single-cell genomics is enabling scientists to study previously unavailable genomic signatures from a single cell. Fluidigm believes its C1 system will prove to be the next big advance in the field. 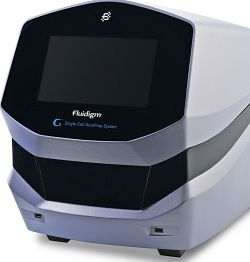 Stem cell, cancer, and immunology research are expected to be the initial focus applications for the C1 System.

Fluidigm has also now announced the start of its early access programme for the C1 System, and says that researchers who would like to take part in this can register their interest online. The programme allows select customers to receive the shipments during the second half of 2012, well before others, and provides them with free startup consumables. Early access participants contribute to the development of the platform, and receive pre-market access to future expansions.

The C1 system was unveiled recently at the International Society for Stem Cell Research (ISSCR) meeting in Yokohama, Japan, and will be introduced in Europe at the European Human Genetics (ESHG) conference in Nuremberg, Germany, starting 23 June 2012.