AMSBIO has published details of an independent test which shows that its own lytic enzyme mix, called Zymolyase, demonstrated superior performance to Lyticase and Glusulase in the generation of yeast protoplasts. 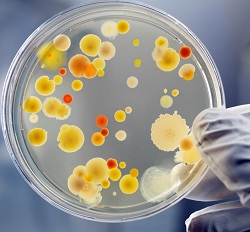 Zymolyase from Amsbio comes out well in this independent test

Zymolyase is an enzyme mix which digests the cells walls of yeasts and fungi. According to this undated* study, performed by Dr David Burden of Biotechnology Training & Consulting in New Jersey, USA, it offers greater performance at lower cost for applications including protoplast and spheroplast preparation, transformation of yeast cells, yeast cell fusion, and yeast genetics.

* Although recently made available by Amsbio, LabHomepage notes that the report itself is not dated and that the research it lists in its references dates back to the 1980s and before. We asked for confirmation of when the work was carried out, and were told that it was “some time ago”. Amsbio points out that “the latest 2011 independent publications on the benefits of Zymolyase are available on its website”. Nevertheless it is clear that the report referred to in this press release, sent out in February 2012, was produced around 1987.