This new popular science book from Octopus Books provides a rare chance to understand the science that makes the modern world tick (quite literally, in the case of the ubiquitous quartz watch). It covers everything from the way your smartphone recognises your face to the physics behind how a stealth fighter avoids radar detection. 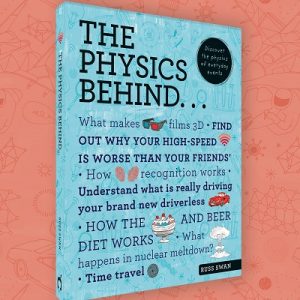 Recommended: The Physics Behind

The book explains an impressive range of modern technologies and gadgets, from the microwave oven to the way a kayak makes use of white water torrents. It also dips a toe into the eerie worlds of advanced theoretical physics to discuss the bizarre nature of quantum mechanics and the unanswered questions surrounding the beginning and end of the universe.

Firmly pitched at the interested lay reader rather than the research scientist, The Physics Behind… nevertheless makes fascinating reading for anybody curious about the fundamental processes behind everyday life. It is written in a bright and engaging manner and cleverly illustrated in a semi-cartoon style.

It’s also quite funny in places, with the author Russ Swan relating a number of humorous and fascinating anecdotes about the people and events behind some of the great scientific discoveries of history. Did you know that a chocolate bar played a vital role in the accidental invention of the microwave oven, or that Hollywood star Hedy Lamarr invented the technology behind your home wifi router?

Labhomepage was particularly pleased to see some worthwhile discusson of the physics behind the scientific instruments found in the typical modern laboratory, including diverse topics such as spectroscopy and electron microscopy. Even genome sequencing and biological processes such as photosynthesis are explained by reference to the physics that underpins the biology.

We’re happy to recommend this book. Find The Physics Behind… at your local bookstore, or on these links: 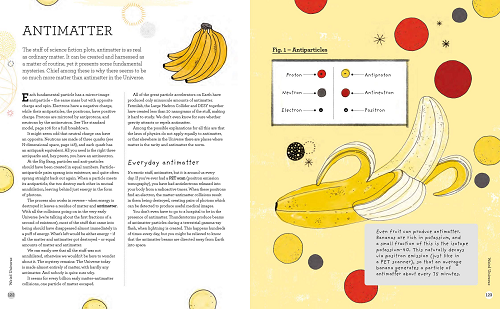