SYNBIOSIS says its ProtoCol 3 colony counting and zone measurement system is the first to automatically generate antibiotic and vaccine potency analysis from count and zone data. 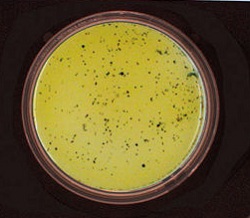 ProtoCol 3 can read plates of 30-150mm, detecting colonies as small as 43 microns and measuring zones to 0.1mm, says the company, adding that no other automated colony counter can achieve this. Available with a dedicated computer or with software to install on an existing machine, the system now includes software compatible with European and US Pharmacopoeia, to rapidly obtain potency data from zone measurements or colony counts.

ProtoCol 3’s tri-colour imaging method means that distinguishing filter grid lines from colonies, or counting black colonies on dark media, are performed quickly and easily, says Synbiosis. The standard system comes with software for basic colony counts and zone measurements, while IQ, OQ, and PQ documentation allows it to be integrated into a GMP environment.

Martin Smith of Synbiosis commented: “Microbiologists want accurate automation to detect barely-visible colonies and zones, and they want simple set-up, flexibility to read large and small plates, and the capability to rapidly generate statistical analysis from their results. ProtoCol 3 meets all these technical demands. We are confident that this is now the best value for money, most advanced colony counting and zone sizing system for any microbiology laboratory”.