A NEW automated bioreactor system for parallel cell culture or fermentation has been launched by TAP Biosystems. 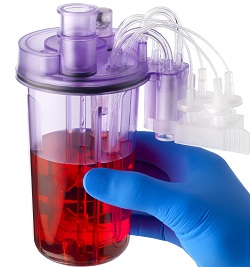 The new system builds on TAP’s existing micro bioreactor technology, with additional features which the company says ensure a realistic scale-down model. These include increasing the culture volumes to allow greater sampling sizes, the ability to perform a wider range of analytical tests, and the addition of four channel pumped liquid delivery to determine the effects of feeds on cell line performance.

The Ambr 250 workstation uses specially designed single-use bioreactors (100-250ml working volume) suitable for cell culture or fermentation. There is no need to clean the bioreactor between runs, says the company, giving fast turnaround between experiments.