A NEW catalogue outlining the Ceti microscope range has been published by Medline Scientific. The 44-page publication covers the entire Ceti range, launched recently at Achema 2012. 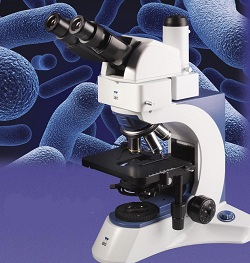 Ceti microscopes are outlined in this new catalogue

Ceti microscopes include simple models aimed at the education market as well as more sophisticated instruments for research and clinical tasks.

The range of compound microscopes has been enhanced with the Magnum series, now available with LED rather than a traditional HBO mercury light source. This gives instant on/off and an extended bulb life of 10,000+ hours.

The industrial range has also been expanded and includes models such as the Tritex.  This is supplied with both reflected and transmitted light sources in addition to darkfield objectives allowing for the examination of highly reflective samples.

Medline also offers a range of digital cameras to suit these microscopes.